Learn more about the region in which La Peyruge is situated – discover the sights, sounds, tastes and life in our little paradise in France.

Covering the South West of the country on the Atlantic coast is the largest region of France, made from the unification of three former regions – Aquitaine, Limousin and Poitou-Charentes.

With the internationally famous wine region of Bordeaux acting as regional capital, “New Aquitaine” was born in 2014 and is as diverse a region as it is surprising.

Key places to visit if you have the time to explore this wonderful region are the cities and towns of:

La Peyruge is best described in English as a “Hamlet”…not the cigar or Shakespearean Prince but a small settlement that in Britain in particular, has no church and this is what partly drew us to the property….peace and quiet with stunning views of the surrounding countryside.

There are no restaurants, cafes or bars situated amongst the buildings that make up our little piece of paradise, so you will need to travel a little way from the house to experience your authentic coffee and croissant if you don;t have them at the house.

You are however in luck as the food and wine of this region is some of the very best France has to offer and there are some larger towns only a short drive away that offer the gastronomic experience to satisfy the most discerning palette.

Montignac – also called Montignac sur Vézère or Montignac-Lascaux, is a commune in the Dordogne department in Nouvelle-Aquitaine that is situated in the historic region of Périgord noir, just below the point where the rivers Vézère and Laurence meet.

If you’re a fan of French literature, the poet Pierre Lachambeaudie (1806–1872) was born here and the writer Eugène Le Roy (1836 – 1907) made his home here and was a tax collector in the district and wrote two novels about rural life in eighteenth-century Périgord that became celebrated in their day.

Montignac boasts a number of restaurants, cafes, and creperies for all tastes (many being located next to the river so offering great views). It also has two supermarkets and a wealth of other shops. Street markets are held on Wednesdays and Saturdays and the local produce and crafts are of very high quality. 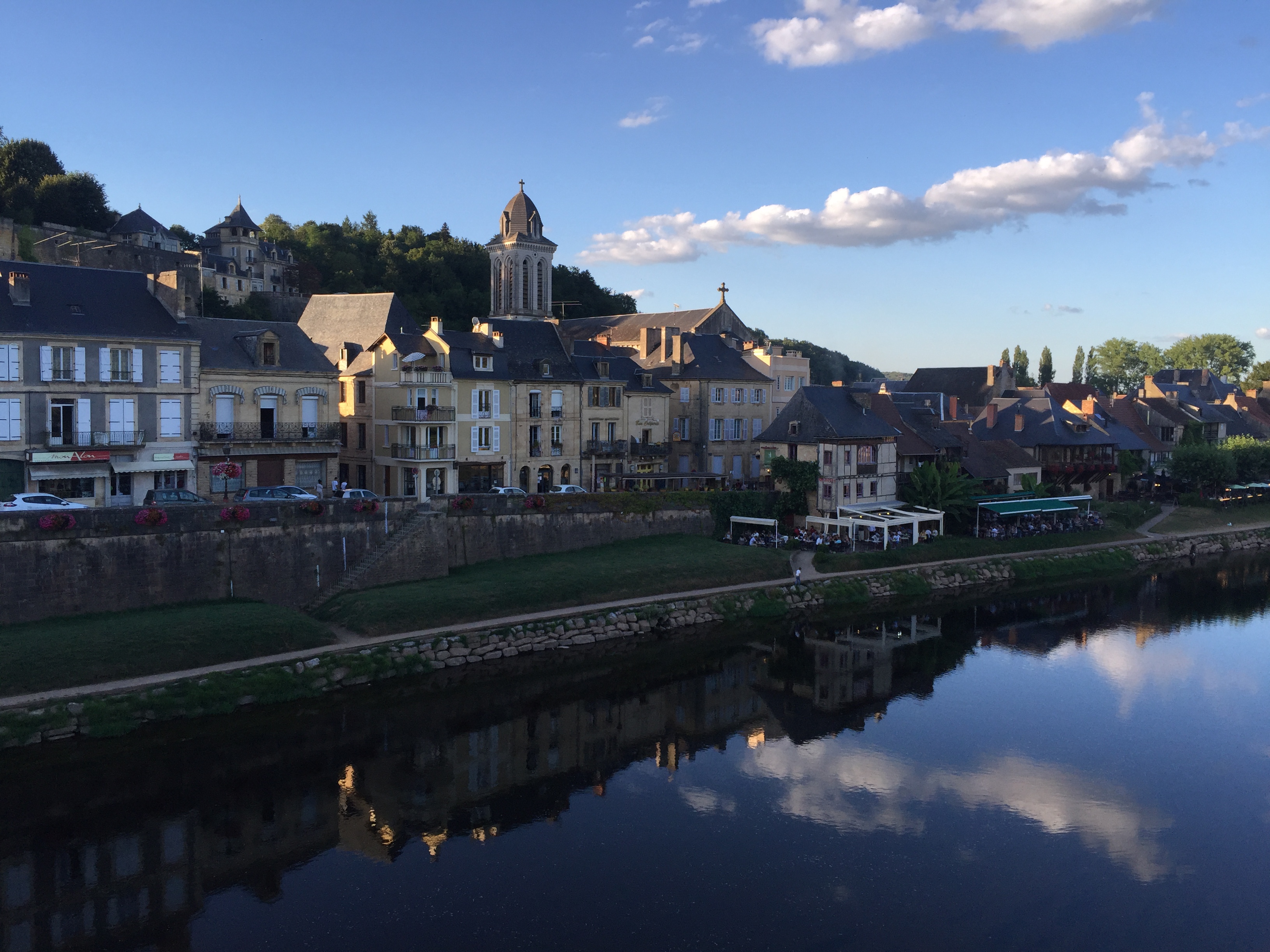 Montignac is the main centre for visiting the prehistoric sites in the Vézère valley with the main attraction of the region being the world famous Lascaux Cave.

Actually a complex of caves containing Upper Paleolithic painted art discovered in 1940 and estimated to be 17,300 years old.

The cave was put on show in 1948, but it was found that the paintings were being damaged by the carbon dioxide exhaled by visitors, and in 1963, the cave was closed to the public. A replica cave, known as Lascaux II, was opened nearby in 1983, so that visitors could still experience the paintings without damaging the originals.

In 1979, Lascaux was added to the UNESCO World Heritage Sites list along with other prehistoric sites in the Vézère valley.

In December 2016, Lascaux 4 opened to the public (Lascaux 3 was a touring exhibition). We visited Lascaux 4 whist at La Peyruge for Christmas 2016 and found it absolutely breathtaking.